On November 11, 2020, a unique sonic technology made in France by Amadeus was revealed in a new artistic work during the ceremony presided over by Emmanuel Macron, President of the French Republic, to celebrate the renowned French writer Maurice Genevoix as he was entered into the Panthéon.

Within the scope of the Armistice Day commemorations, French author Maurice Genevoix, who wrote the tetralogy Ceux de 14 (“The Men of 1914” about World War I), joined other luminary writers such as Voltaire, Rousseau, Dumas, Hugo, and Malraux, along with revered figures from culture, science, and politics in France’s secular temple, the Panthéon. For the celebration, the President of the French Republic commissioned a work from two major figures of the contemporary art scene, the German painter and sculptor Anselm Kiefer, and the French composer Pascal Dusapin. This is the first public commission for the Panthéon since 1923.

Dusapin’s creation, In Nomine Lucis, is a piece for a musical ensemble of singers, recorded by the French chamber choir, Accentus, at the Philharmonie de Paris concert hall. To bring a more intimate human connection with the Great War into the Panthéon, nearly 15,000 representative names of soldiers who died for France have also been read and recorded by the French actors Florence Darel and Xavier Gallais. Visitors to the Panthéon will hear names spoken as they walk through different parts of the expansive building.

“I wanted to make the stones of the Pantheon sing, to create a huge 'vocal lung' where everyone will hear different echoes of its past, and of its history,” said composer Pascal Dusapin.

To support the great new musical work, a bespoke and unique sound system was designed and installed within the Panthéon. A total of 70 loudspeakers, designed and manufactured by French audio company Amadeus, are mounted around the transepts and at the dome-ground, which reaches more than 35-meters in height. The speaker enclosures, being coated in natural stone, have been made invisible, becoming an integral part of the monument.

“Amadeus became a space where technological innovations with arts and crafts, combine and complement each other,” said Gaetan Byk, Marketing Manager at Amadeus. “We take real pleasure in constantly surpassing and renewing ourselves, in exploring materials and technologies in all their forms, without limit. These eighty stone-finished speakers, forming part of the Monument, are the purest expression of our know-how and the values we defend.”

The electroacoustic system is controlled by a sound spatialization processor called HOLOPHONIX. “The HOLOPHONIX processor enables the sound spatialization of the different choirs through its various onboard algorithms, in two or three dimensions,” stated Thierry Coduys, Director of Technologies for the project, and a technical collaborator of Pascal Dusapin for many years. 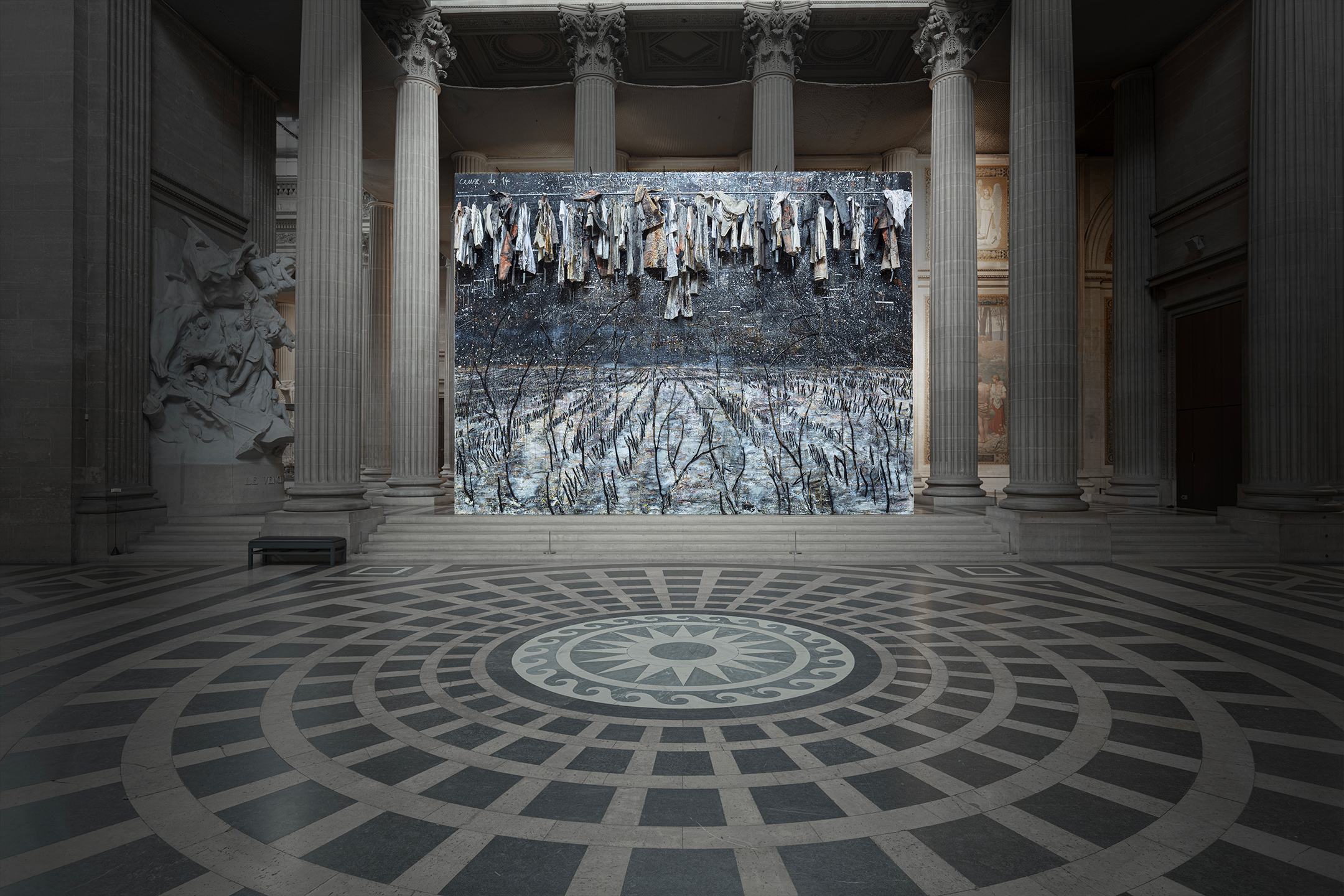 Client: French Presidency of the Republic