Advanced French technology and unique craftsmanship are hidden behind ‘Idomeneo, re di Creta’, the new production of the Aix-en-Provence International Music Festival, given this summer at the Théâtre de l’Archevêché.

A unique tailor-made sound system was developed and installed by Amadeus within the Théâtre de l'Archevêché to subtly modify the acoustic characteristics of the theater space using 35 microphones processed through HOLOPHOPNIX and more than 50 speakers to play the innovative mix of a live orchestra, choir, and stage performers.

Musical director and conductor of the ‘Pygmalion Orchestra and Choir’, Raphaël Pichon, made a special request to Amadeus to design and implement an audio technology system combining active acoustics and sound spatialization to maximize the audience’s experience of the opera.

The work carried out in collaboration with Amadeus’ teams could be compared with some kind of ‘sound restoration’. The Théâtre de l'Archevêché is a unique place, among the most evocative of the past of the old city — a place carrying the weight of the years. Its facade at the back of the stage is listed as a UNESCO World Heritage site. With its imposing skyward-stretching acoustic shell and its high stone walls overlooking the audience, there are genuine difficulties linked to the room’s natural acoustics, and orchestras have to face them, said Aurélie Granier, Head of the Audiovisual Department and sound engineer.

As he was aware of the sound issues imposed by the venue, conductor Raphaël Pichon asked us to develop an immersive acoustic support system for the spectators, Granier continues. We designed and deployed a tailor-made toolbox to get a more homogeneous, more detailed sound coverage for the orchestra, the soloists, and the choirs — and also to increase the natural reverberation time of the theater.

The sound system Amadeus designed combined a HOLOPHONIX sound spatialization processor — developed by the Amadeus company in coordination with IRCAM — along with an electro-acoustic system using over 50 loudspeakers, some of which were completely custom, clad in natural stone to make them almost invisible on stage. The reverberation time of the theater is smaller than in other places designed for lyrical art, and it varies according to the zones — including rear seats, balcony, and sub-balcony. Our approach was to homogenize the acoustic sounds coming from the orchestra pit with the sound of the choir and the singers on stage, to make them coherent in timbre, volume level, and reverberated field, recalls Clément Vallon, musician and sound engineer, who assisted the Festival teams during the creation phase.

According to the complexity of the device and the objectives set, we chose to work only with parametric reverberators, discarding convolutional or regenerative solutions, said Adrien Zanni, researcher and developer at Amadeus for the HOLOPHONIX project.

The electro-acoustic setup is made up of 52 speakers, facing, surrounding, enveloping, and sometimes overhanging the audience, to recreate virtual acoustic reflections as naturally as possible and to support the singers and musicians.

Describing the use of the microphones and how HOLOPHONIX used their inputs, Vallon said, “The microphones placed in the stage frame were exclusively dedicated to the reverberation system, as well as to the acoustic reinforcement of the sub-balcony. We used a ramp of six DPA 4011 microphones equipped with preamplifier cables for more discreet integration. In addition to this ramp, we positioned hyper-cardioid microphones on either side of the stage frame, two on each side, one pair pointing towards the center of the front stage, and the other pointing towards the distance. We suspended two microphones in front of the stage and three microphones in the distance. All of the microphones were processed through HOLOPHONIX as virtual sources, their signals were sent from the console on direct outputs, post fader. The positioning of the virtual sources was determined to preserve the natural location; although some microphones, such as those suspended at the top of the stage cage, were primarily exploited to generate early side reflections. For the orchestra, we opted for zone-mixing, creating four pre-mixes in the console which were then sent to the HOLOPHONIX processor as four virtual sources positioned at the level of the orchestra, concluded Vallon.

All the loudspeakers placed in front of the stone walls of the theater got a special finish by Amadeus made of natural stone powder. Amadeus worked closely with French heritage conservation specialists to find the best shades and materials to make these speakers almost invisible.

Using modern audio techniques for classical works is a major challenge because it involves addressing concretely current issues relating to perception, sensation, and imagination while responding to strong demand from spectators and artists in terms of listening quality. In this digital era, and the perpetual quest for fast-moving technology, the most important challenge to be met is to know how to use moderation while wisely using the tools our era gives us access to, concluded Granier. 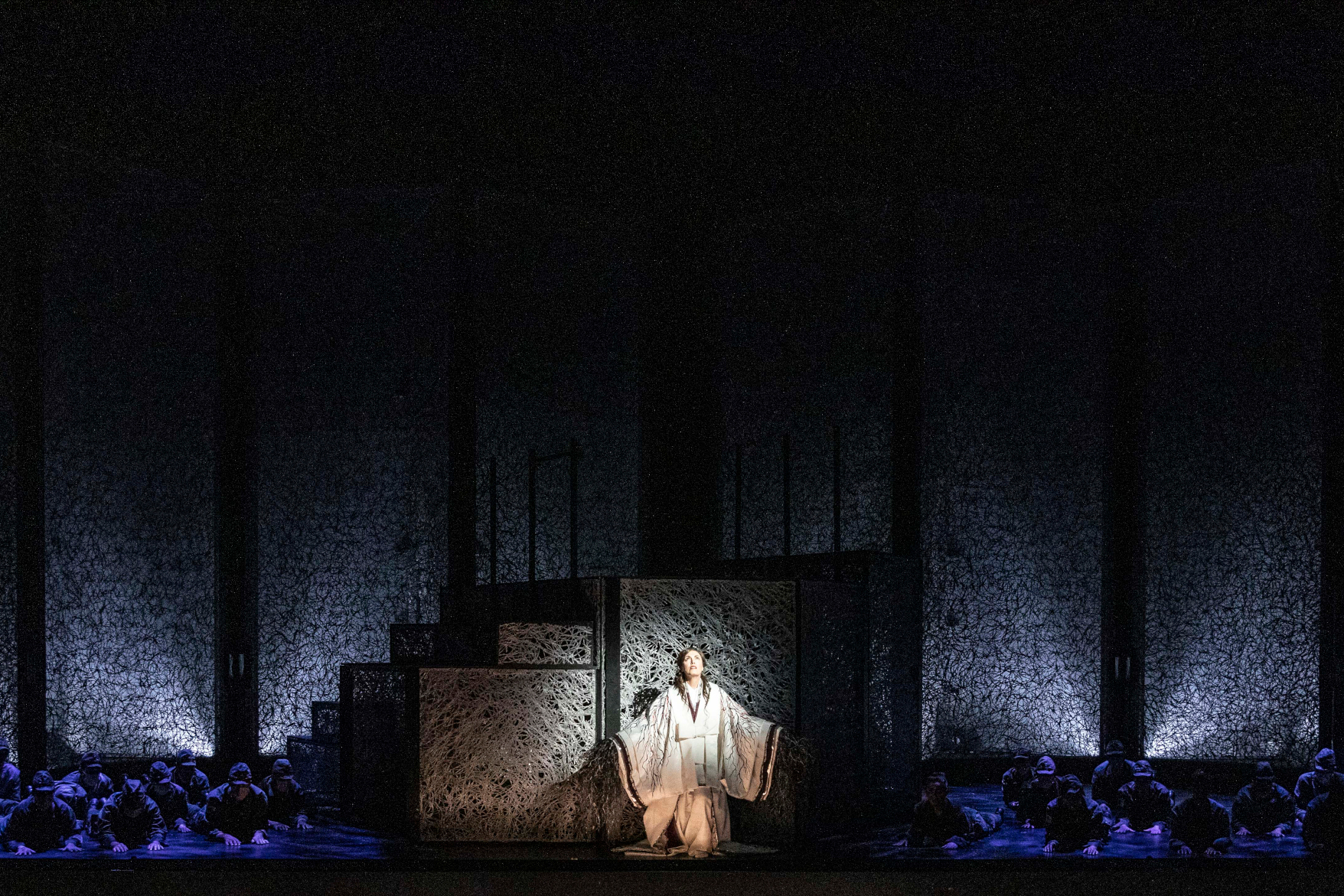